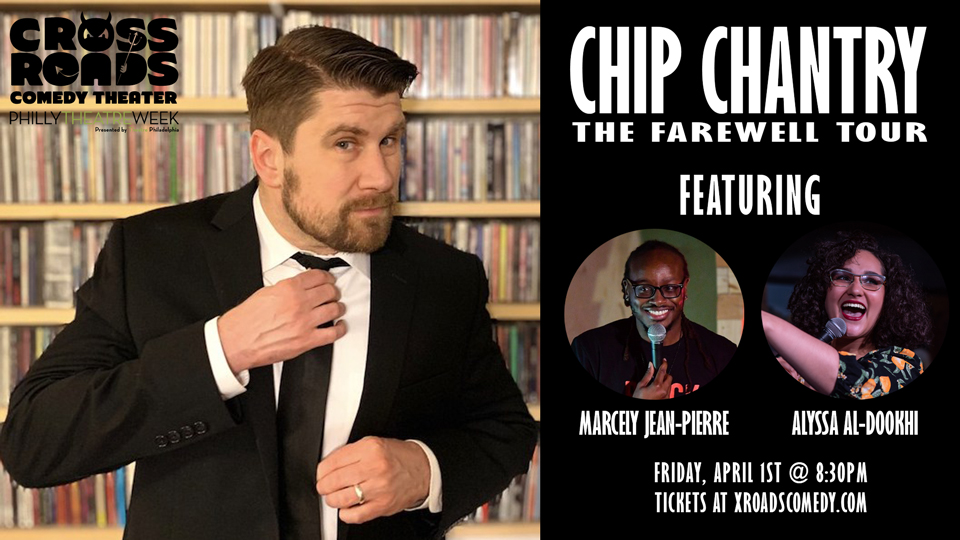 The world is ending, so Chip Chantry is taking one last lap around the stage. Come on out to Crossroads Comedy Theater to see this former 4th grade teacher and current nationally touring comedian hold back the goodbye tears as he makes you laugh. Please note this is not really his last performance. Or is it? To be fair any show could be his last and the world can end at any time. Features stand-up comedy from Marcely Jean-Pierre and Alyssa Al-Dookhi.

ABOUT CHIP CHANTRY: Chip Chantry is a stand up comedian and television writer. He has written for Crazy Talk, a comedy/talk series for NBC Universal and the syndicated series Whacked Out Sports. He most recently wrote on the NatGeo series Howie Mandel’s Animals Doing Things. Chip was the winner of 2013’s Philly’s Phunniest Contest at Helium Comedy Club, where he was a regular performer. Chip also won the “Funniest Comedian” award in Philadelphia’s annual Comedy Awards in both 2012 and 2014, and was named Best Comedian 2018 by Philadelphia Magazine. Chip is a recurring guest on the Doug Loves Movies and Todd Glass Show Podcasts. Formerly a 4th grade teacher, Chip left the classroom to pursue comedy and writing. He has opened for national headliners such as Dave Chappelle, Bob Saget, and Tig Notaro. In 2012, he released his first live comedy album, ACROSS FROM THE ADONIS. His second album, SWINGERS PARTY, was released in March 2019, where it spent time at #1 on the iTunes comedy charts and is currently in rotation on SiriusXM. Chip has written and performed in a number of live and video sketches, including “Deck the Hall and Oates” which VH1.com called “one of the best parodies of the year” in 2011. He also wrote and produced the monthly late night‐style talk shows FACE TIME w/ CHIP CHANTRY, and GOOD EVENING w/ CHIP CHANTRY at Helium Comedy Club, as well as the monthly comedy variety program, CHIP CHANTRY’S ONE‐MAN SHOW (w/ special guests!), at the Philly Improv Theater. He also hosted and co-produced LECTURE HALL, an educational comedy variety show, with a middle-school assembly format. Most recently, he has partnered with his brother Adam, a planetarium director, to produce The Funny Thing About the Sky, a comedic, multi-media astronomy presentation.

ABOUT ALYSSA AL-DOOKHI: Alyssa Al-Dookhi (they/them) is a Kuwaiti American comedian, writer and game show host living in Philadelphia. Al-Dookhi explores the themes of race, gender and the immigrant experience through their exuberant, theatrical performances. Alyssa’s mission is to create spaces for marginalized artists to flourish. They are the official Person of Comedy at YallaPunk, a writer and production manager at First Person Arts, a writer for Abortion Access Front’s live show “Feminist Buzzkills Live” with Daily Show Co-Creator Lizz Winstead. They co-host and produce the podcast “Make Up or Break Up.” Previously, Al-Dookhi co-produced and hosted the hit comedy game show “Eat Your Beats!” at Philadelphia’s Good Good Comedy Theatre. Alyssa was a finalist in Helium Comedy Club’s Philly’s Phunniest contest and a featured performer and judge at the Women in Comedy Festival presented by HBO. They have performed with Emma Willmann, Jimmy O. Yang, Sydnee Washington, Josh Gondelman, Moshe Kasher, and Phoebe Robinson. Alyssa has worked at Helium Comedy Club, Asylum NYC and has headlined at Punch Line Philly. In 2020 Alyssa was featured twice on Netflix as a contestant on the karaoke competition show ‘Sing On!’ with Tituss Burgess, and as a warm-up comic for 'Queer Eye.' Follow them @thedookness

ABOUT MARCELY JEAN-PIERRE: Marcely Jean-Pierre is a Philly-based comedian, improviser, writer, and performer from Willingboro, New Jersey. He is a head writer and performer for sketch and improv troupe 'NYTEShift' and regularly performs improv with Philly area favorites 'The N Crowd,' ‘Not Yet Rated’ and 'Study Hall.' In addition to writing, co-producing and directing sketch comedy shows, Marcely has also coached and directed both independent and house improv teams at the Philly Improv Theater and Crossroads Comedy Theater, where he also served as an improv instructor. Marcely is a regular contributor to satire website Flexx Magazine and his sketches have been featured on Funny or Die, at Toronto Sketchfest, headlined at Philly Sketchfest, and presented on Philadelphia public access TV station PhillyCam. Among his many comedic inspirations are Eddie Murphy, Dave Chappelle, Key and Peele, Steve Carell, In Living Color, SNL, Martin Lawrence, and kids as well... Marcely also sometimes rhymes things unintentionally and has a background in writing and performing spoken word poetry. He is also social worker by day and occasionally sleeps at night. 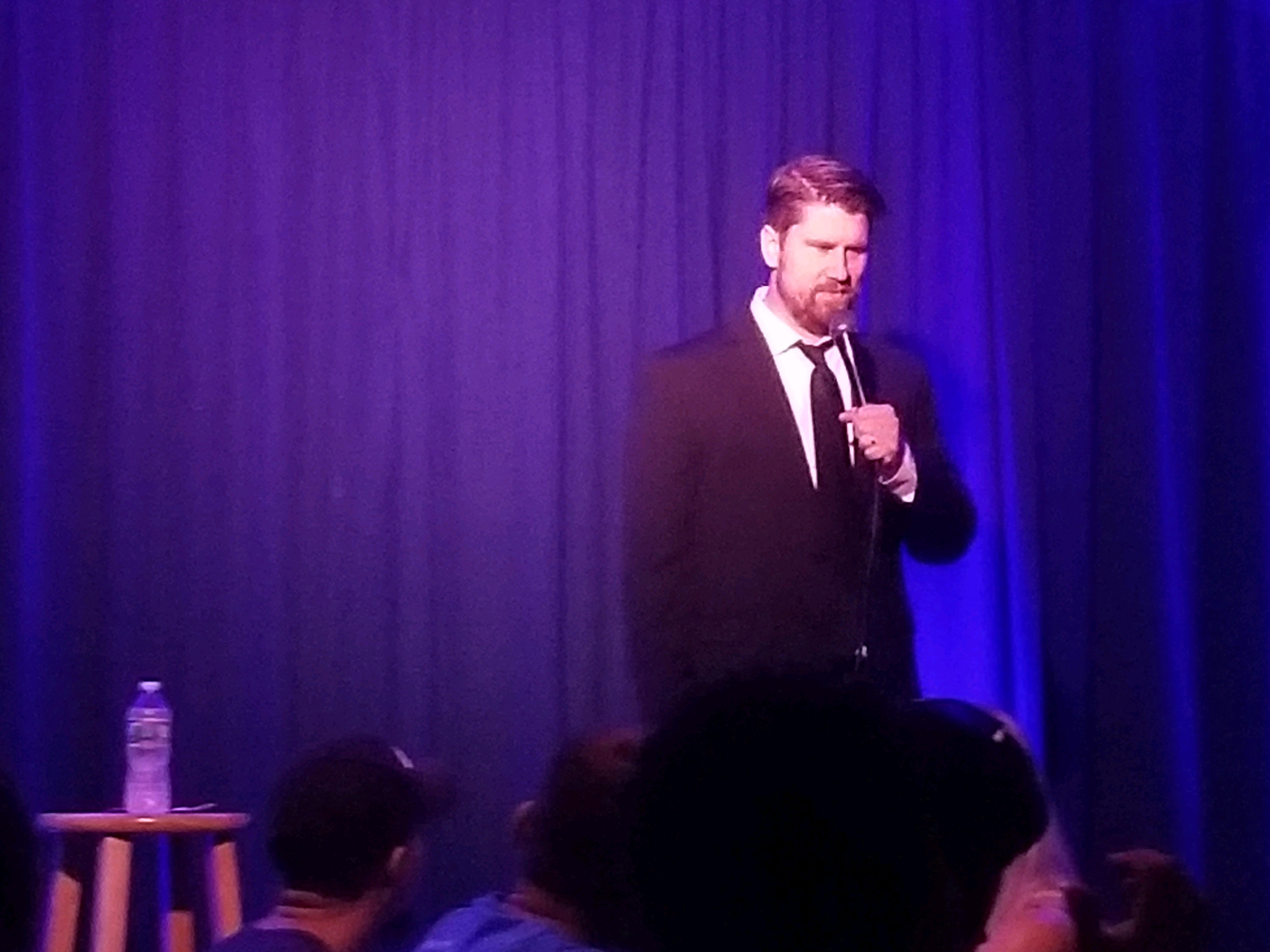 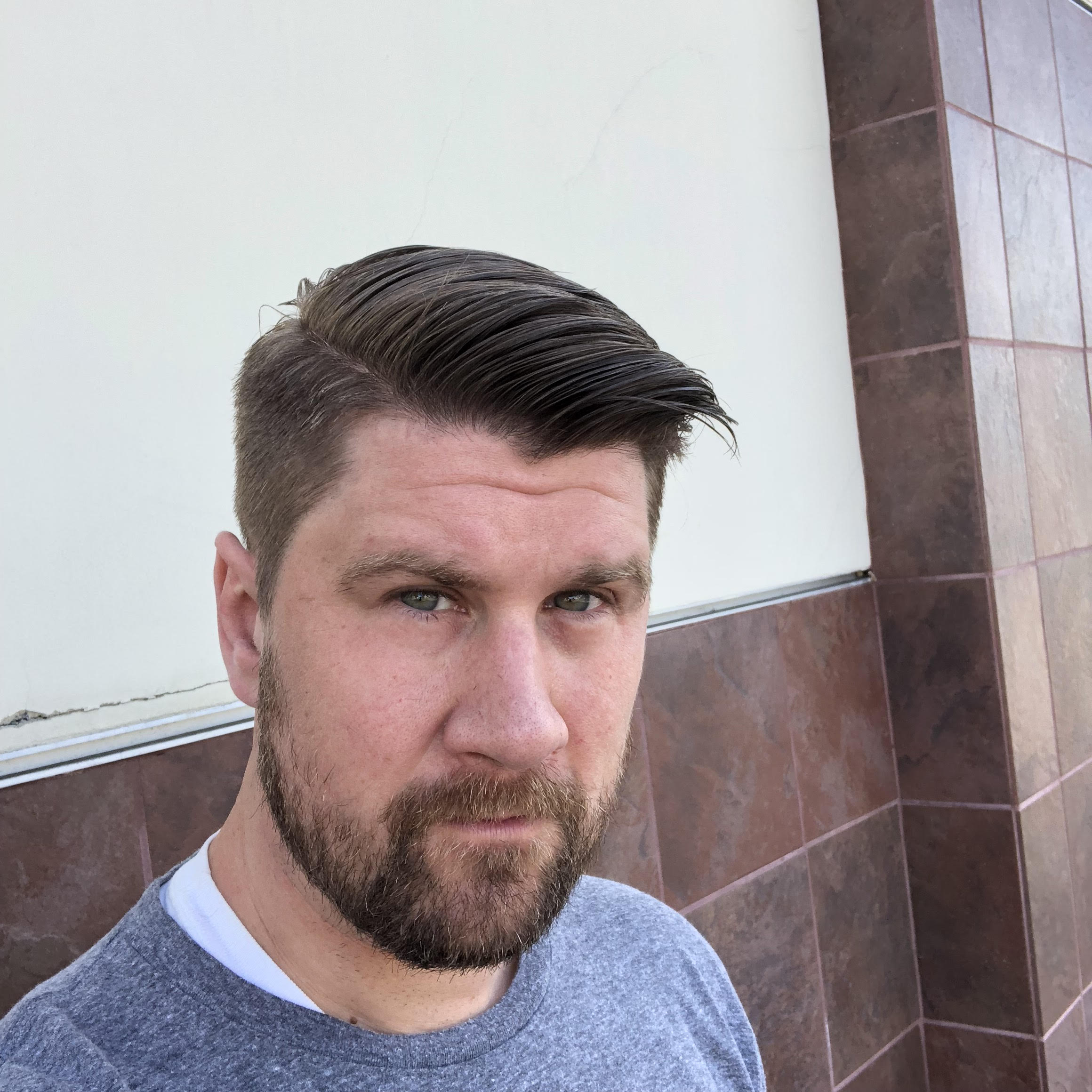 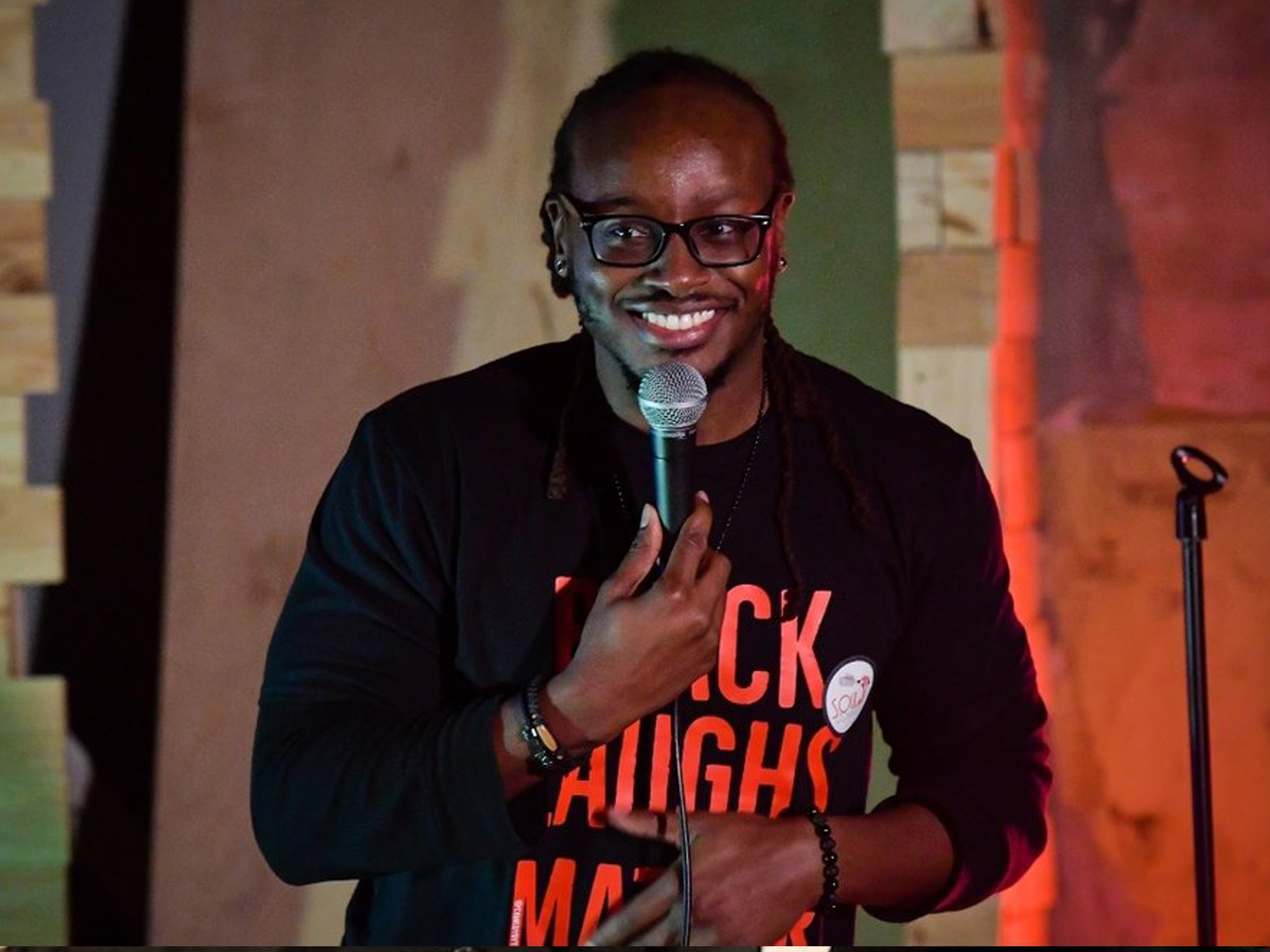 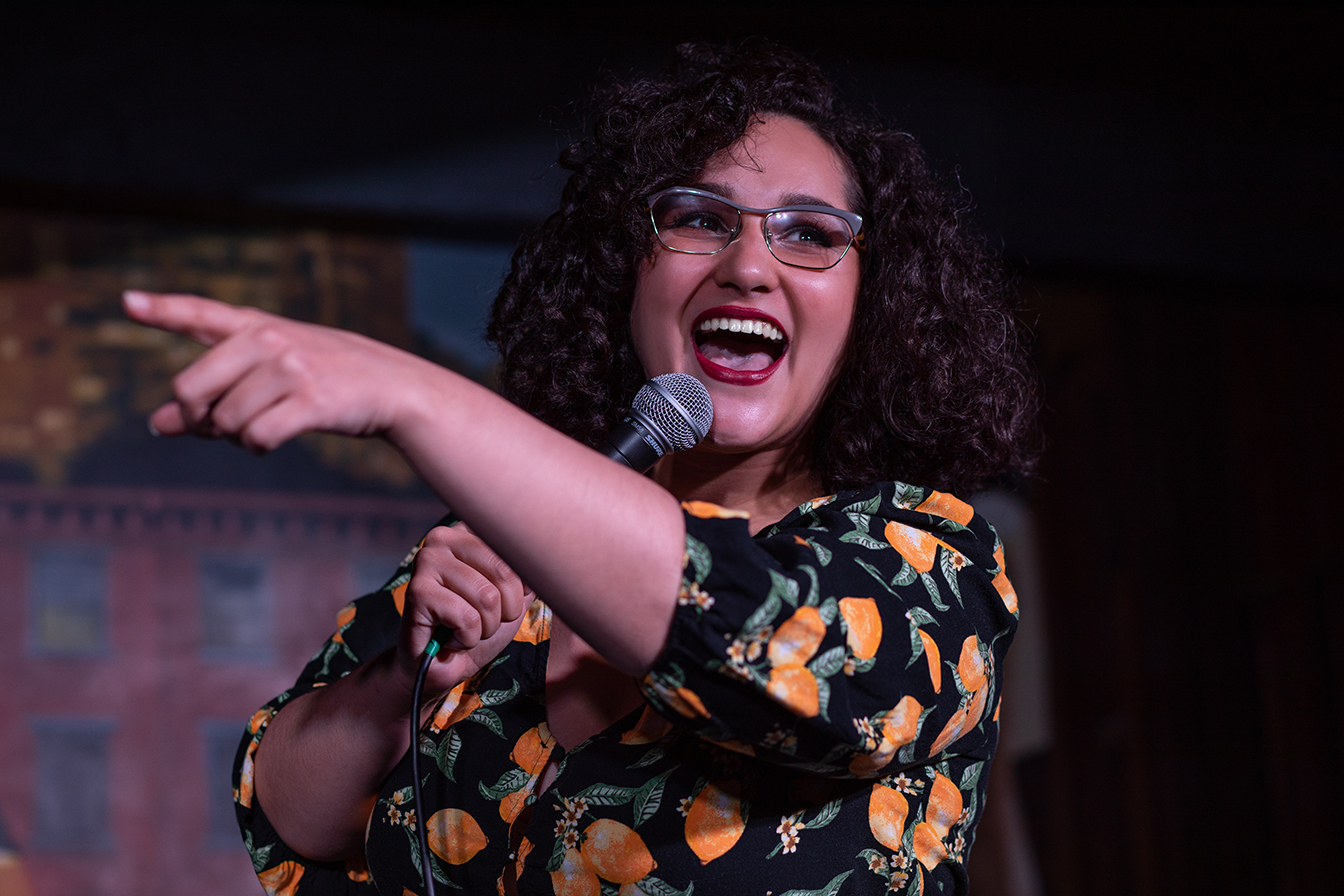 If your event is cancelled, we will refund the amount you paid for your tickets (minus order processing, service and delivery fees) using the same payment method used for purchase. If your event is postponed, we will contact you with the new date and time. All Event personnel have the right to refuse entry to any ticket holder for any reason at their discretion. Venue and Talent are subject to change without notice and are not grounds for a refund. Anything promised by the promoter that is unfulfilled is not guaranteed by the seller and is not grounds for a refund.

There are no refunds.